6 worst things you can do for your brain 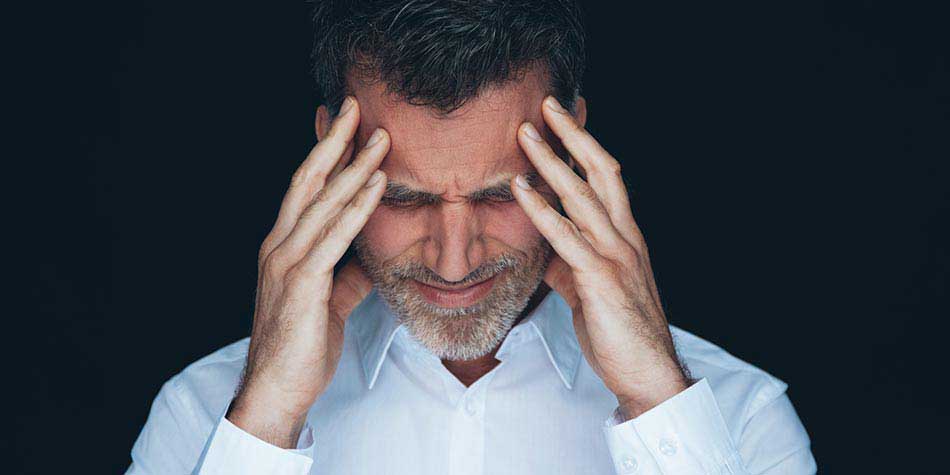 At best, the numbers are alarming. According to a 2018 study in Alzheimer’s and Dementia: The Journal of the Alzheimer’s Association, about 5 million seniors in the U.S. were living with dementia as of 2014 — most with Alzheimer’s disease (AD), the most common type of the condition. By 2060, that total is expected to grow to almost 14 million people.

There’s no foolproof way to prevent dementia, nor can you alter your family history or stop growing older — two of the condition’s biggest risk factors. What you can do is change your lifestyle, and research shows your odds of dementia may be significantly influenced by certain habits. In fact, a major 2017 report in The Lancet suggested that more than a third of dementia cases stem from nine modifiable risk factors.

In years past, certain studies — often influenced by the tobacco industry — suggested smoking cigarettes actually protected us from dementia. These days, experts recognize it’s just the opposite.

It’s believed taking up tobacco raises your risk significantly relative to non-smokers — some research suggests by up to 50 percent. Smoking is strongly linked to both AD and vascular dementia, a form of dementia caused by strokes or other conditions impeding blood flow to the brain. A 2011 study in The Lancet Neurology estimated that smoking is responsible for 14 percent of cases of AD worldwide.

To a large extent, this is because smoking affects your chances of developing other illnesses associated with dementia, including heart disease, stroke and diabetes. It does this in part by speeding atherosclerosis, or the hardening of your blood vessels.

What to do: Kicking the habit lowers the risk big-time-to about the same level of people who don’t smoke.

Being a couch potato

If there was ever a reason to move your butt, it’s your brain health. Getting little-to-no physical activity — a.k.a. being sedentary — boosts your likelihood of dementia. To a large extent, this happens because sedentary people are more prone to obesity, diabetes and other conditions that contribute to risk. But inactivity also affects the structure of the brain itself.

What to do: It’s not definitively proven, but experts believe regular exercise — especially in early- and mid-life — has solid potential to lower dementia risk. It helps ward off other medical problems, can keep your blood vessels healthier and may even stimulate beneficial chemical activity in the brain. Exercise can also be a way to broaden your social connections, keeping you from isolation (more on that later).

Federal guidelines recommend at least 150 minutes of moderate activity or 75 minutes of vigorous activity weekly. Start with a stroll around your neighborhood, a park or even a mall. Consistent, long-term fitness is best, but any little bit helps.

When it comes to dementia risk, relationships and personal connections matter. The Lancet 2017 dementia report found that social isolation affected the odds about as much as high blood pressure and physical inactivity. Yikes.

Why? Well, your cognitive skills may decline quicker when you’re alone, perhaps due to less mental stimulation. And, as with other risk factors, isolation ups your chances of developing disorders connected to dementia, like hypertension and depression. It can exacerbate those illnesses, too, if you’ve already been diagnosed. With no one to motivate you, it’s easy to neglect self-care or medical treatments.

Isolation is also a symptom of dementia; as patients are increasingly unable to navigate day-to-day interactions, they may find themselves alone more. Sometimes, it’s hard to tell which preceded the other.

Age-related hearing loss is also linked to dementia risk, in part because it can lead people to become socially withdrawn. If you’re having trouble in this regard, hearing aids may help you plug back in with friends and family.

What to do: Whether it’s getting dinner with loved ones or joining a book club, make a point to stay engaged as much as your health allows. It could help build your cognitive reserve, or your brain’s ability to function even when it’s starting to decline.

Eating too much sugar or “bad” fats

The science is still emerging, but as it turns out, years of scarfing French fries and ice cream may take a toll on your brain. Thanks to high levels of saturated fat, added sugars and processed meats, many (though not all) studies have implicated a typical Western diet in a higher risk for dementia.

As for why, it may be because eating this way contributes to conditions like obesity, heart disease and diabetes. Research shows being obese in middle age boosts your dementia odds by up to 50 percent. And people with type 2 diabetes are up to twice as likely to develop AD as those who aren’t diabetic. Some even refer to Alzheimer’s as “type 3 diabetes.”

There’s also some evidence that simply having elevated blood sugar may influence dementia risk, whether or not you have diabetes. For example, a 10-year study of almost 5,200 people, published in the journal Diabetologia in 2018, found cognitive decline was quicker in those with higher-than-normal blood glucose levels, even if diabetes wasn’t diagnosed.

What to do: While there’s not currently enough evidence that any specific eating plan lowers dementia risk, those such as the Mediterranean-style diet, the MIND diet and the DASH diet are often recommended by experts as generally beneficial. They can contribute to weight loss, and often lead to improved cardiovascular health, better insulin levels and less inflammation, all of which work in your brain’s favor.

A plethora of other medical conditions can raise your dementia chances, so it’s important to keep a handle on them — or, if possible, to prevent them from happening in the first place. These three have been found to be particularly hazardous:

Hypertension: You’re 1.5 times more likely to develop dementia if you have high blood pressure. The relationship is complicated but has to do with HBP’s effects on blood vessel thickness and elasticity, along with its not-insignificant role in strokes. Managing high blood pressure, especially during middle and older age, could reduce dementia risk, among many other health benefits.

Depression: While we know dementia can lead to depression, studies suggest a history of depression or developing depression late in life is associated with an increased risk of dementia, as well. That’s why it’s important to be aware of its symptoms, including low mood and loss of interest in activities you enjoy. If you see signs, speak to a healthcare provider so you can be evaluated.

Diabetes: As mentioned previously, type 2 diabetes is a noteworthy risk factor for dementia. The best defense is preventing it from occurring at all. See your doctor about appropriate tests and keep up with a healthy diet and consistent physical activity. And if you’ve already been diagnosed, managing and treating type 2 diabetes may help lower your dementia risk.

Does sleep affect dementia risk? There’s some debate about that. While insomnia, sleep deprivation, oversleeping, sleep-disordered breathing and other disruptions have all been linked to the condition, the evidence isn’t conclusive. One big issue: Just as impaired sleep might contribute to dementia, dementia also impairs sleep, making it tough to tell which came first. It’s possible it’s a little of both.

But more research is emerging every day. A study published in 2018 in Proceedings of the National Academy of Sciences, took brain scans of 20 adults following 31 sleepless hours. Their beta-amyloid levels rose about five percent, suggesting even a short deprivation could mess with your brain’s ability to clear out those harmful substances.

What to do: There’s not much evidence good sleep lowers dementia risk, but in general, it’s a healthy practice. So, shoot for the recommended total each night — seven to nine hours for people between 26 and 64, and seven to eight hours for seniors. To help you snooze, keep a consistent bedtime/wake-up schedule and turn off your phones and other electronic devices at least an hour before bed. If you have sleep-disordered breathing, like sleep apnea, use of a CPAP machine may help. Speak with your healthcare provider for advice.

Following these additional suggestions may also lower your dementia risk. At the very least, you’ll boost your overall health — and that’s never a bad thing.

Protect your head. Research shows that moderate or severe traumatic brain injuries (TBIs) raise your chances of dementia, even more so if they’re repeated, as they might be for boxers, football players or soldiers. Safeguard yourself by always wearing a seatbelt when driving, using appropriate safety gear for sports and reducing tripping hazards around the house.

Find your reason for being. Having a purpose in life has been associated with a lower incidence of AD. Focus on activities that are motivating and healthy. Moderate your alcohol intake. People who drink alcohol to excess are at higher risk for dementia, and we don’t know whether drinking more moderately offers any protection against the condition. Abstaining or limiting yourself to one drink per day for women and two for men may lower your odds. Avoid binge drinking entirely.

Train your brain. Some research suggests that cognitive training — programs typically designed to improve memory, mental processing speed, reasoning and problem solving — may help slow the cognitive decline that comes with age. The effectiveness of brain games is unclear, but pursuing intellectual activities can be a relatively easy and fun way to help keep your brain in shape over the years.

How to know if you have celiac disease, a gluten...

July 1, 2019
Not everyone who has a wheat allergy has to avoid other sources of gluten. Learn what gluten is and why some people can't have it.
Previous Post

Do You Really Need an Antibiotic?

How Often Should You Really Be Washing Your Sheets?

What to do about GERD