North Charleston, SC - A minimally invasive heart valve replacement procedure for patients who aren't candidates for open heart surgery has been found to improve their quality of life, according to an article in the February 1, 2017 edition of the Journal of American Medicine Association (JAMA). The procedure is called Transcatheter Aortic Valve Replacement, or TAVR.

Physicians at Trident Medical Center performed the hospital's first TAVR case in November 2016 becoming the first to offer TAVR in the North Charleston area. Lead cardiologist, Jason Coker, MD said the experience of his TAVR patients is consistent with the latest study, "They all said they felt better when they woke up."

The national study of more than 7,000 patients had, on average, large improvements in health status at 30 days that persisted to one year, according to the JAMA article. The study also indicated patients with worse baseline health status, older age, severe lung disease, home oxygen use, and a lower mean aortic valve gradient were associated with worse long-term health status.

Dr. Coker explained, "TAVR patients have multiple chronic diseases and are often 70 years of age or older. There are risks associated with the procedure as there are with every procedure, especially older patients who are already battling other diseases." What makes the TAVR patient population unique is they are at risk for complications following open heart surgery. 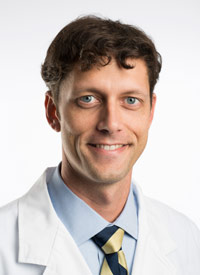 "It helps to look at TAVR from two perspectives," said cardiologist Erick Funke, MD. "One is to determine if the procedure corrects the problem. In this case, the patient's heart valve isn't working. TAVR replaces the valve and has shown to work. Second is to determine if the patient's quality of life is improved after the surgery. According to the latest research a significant number of TAVR patients experience an improvement in their quality of life."

Henry Nowiki, Trident Medical Center's first TAVR patient, noticed an improvement as soon as he woke up after surgery. The 82-year-old Summerville resident said, "I could breathe. I was so happy. Before the surgery I couldn't talk for more than 10 minutes before I had to stop. I could only walk a short distance." Today, Nowiki enjoys regular exercise at Summerville Medical Center's Cardiac Rehab Clinic. He says he's walking further and talking longer, but still has a lot of work to do. "My goal is to take a long sunset walk on Folly Beach with my wife."

TAVR is designed as an option for patients with severe aortic stenosis (closing of the aortic valve). Aortic stenosis is one of the most common and most serious valve disease problems. It restricts the blood flow from the left ventricle to the aorta and may also affect the pressure in the left atrium.*

The minimally invasive surgical procedure repairs the valve without removing the old, damaged valve. Instead, it wedges a replacement valve into the aortic valve's place. Somewhat similar to a stent placed in an artery, the TAVR approach delivers a fully collapsible replacement valve to the valve site through a catheter. Once the new valve is expanded, it pushes the old valve leaflets out of the way and the tissue in the replacement valve takes over the job of regulating blood flow.*

This procedure is fairly new and is FDA approved for people with symptomatic aortic stenosis who are considered a high risk patient for standard valve replacement surgery. The differences between TAVR and traditional valve replacement are significant.

Usually valve replacement requires an open heart procedure with a sternotomy, in which the chest is surgically opened for the procedure. The TAVR procedures can be done through very small openings that leave all the chest bones in place.

A TAVR procedure is not without risks, but it provides beneficial treatment options to people who may not have been candidates for them a few years ago while also providing the added bonus of a faster recovery in most cases. A patient's experience with a TAVR procedure may be comparable to a balloon treatment or even an angiogram in terms of down time and recovery, and will likely require a shorter hospital stay (average 2 - 3 days) than the nearly week-long period for open heart surgery patients.

The TAVR procedure is performed using one of two different approaches, allowing the cardiologist or surgeon to choose which one provides the best and safest way to access the valve:

Dr. Coker, who trained at MUSC, says Trident Medical Center's TAVR program provides patients in the North Charleston corridor an opportunity to be cared for by an experienced team at a hospital with an established, high-performing cardiovascular program.

"The teamwork between the cardiologists and cardiothoracic surgeons is unlike any I've experienced before. The patients are the ones who benefit when the entire surgical team work together."