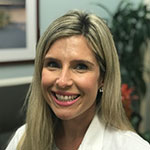 Molly Haselden Thompson, PharmD, BCPS is a Clinical Specialist of Clinical Operations at Trident Medical Center. She earned a BS in Biology from the College of Charleston and her PharmD from the South Carolina College of Pharmacy (SCCP) – MUSC Campus. Upon graduation, Dr. Thompson worked a year in community pharmacy, but quickly realized her passion for Clinical Pharmacy. She completed PGY1 training at the Ralph H. Johnson VA Medical Center and then a PGY2 Internal Medicine residency at the Medical University of South Carolina (MUSC). 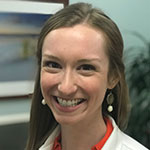 Molly Bennett, PharmD, BCPS completed her Bachelor of Science at the College of Charleston and her PharmD at the Medical University of South Carolina. She then completed a PGY1 pharmacy residency at VA Tennessee Valley Healthcare System in Nashville. Following residency, she became a VA ambulatory care clinical pharmacy specialist where she worked under a scope of practice to manage diabetes, lipids, hypertension, and anticoagulation. She first came to Trident Medical Center in March 2016 as the Transitions of Care clinical pharmacist, where she focused on high readmission risk groups (heart failure, pneumonia, and COPD). In March 2017, Molly moved into the Clinical Operations Specialist role at Trident Medical Center, where she wears many hats! She splits her time between administrative functions (i.e., P&T Committee projects, preceptor development) and clinical roles (i.e., decentralized and centralized inpatient pharmacy, outpatient heart failure clinic). Molly has a passion for patient education and has developed and presented topics for Trident Mended Hearts and Diabetes Patient Support Groups. She serves as a member of the Trident Medical Center Residency Advisory Committee and views precepting pharmacy students and residents as one of the most rewarding aspects of her work. In her spare time she enjoys cooking, gardening, spinning, and spending time with her husband, son, and pup. 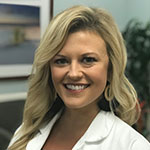 Dr. Bryant is an Advanced Clinical Pharmacist – Critical Care at Trident Medical Center and practices in the Intensive Care Unit. She earned her Doctor of Pharmacy degree from the South Carolina College of Pharmacy (SCCP) – USC Campus.

In 2017, Dr. Bryant transitioned from ICU clinical practice into a management role, serving as Clinical Pharmacy Manager for Grand Strand Medical Center in Myrtle Beach, South Carolina. In 2018, the opportunity to reconnect with a Pharmacy Residency Training Program emerged at Trident Medical Center. Dr. Bryant joined the Trident family to serve as Clinical Pharmacy Manager and Residency Program Director. After two years in this role, Dr. Bryant returned to her first love of critical care and currently serves as an ICU clinical pharmacist at TMC.

Dr. Bryant enjoys precepting the next generation of pharmacists during 4th year APPE rotations and mentoring and training pharmacy residents to become well-rounded clinicians. In her spare time, she enjoys many outdoor activities and listening to live music. 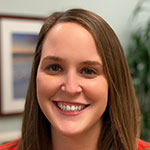 Lindsey Osterfeld Cashwell, PharmD, BCPS completed her Bachelor of Science at the Florida State University in 2013 and her PharmD at the University of Florida in 2017. She then completed PGY1 pharmacy residency training at Manatee Memorial Hospital in Bradenton, Florida in June of 2018. Shortly after, she started at Trident Medical Center and obtained her BCPS in July of 2019. Lindsey enjoys working as part of an interdisciplinary team to improve patient care and mentoring students. In her spare time she enjoys cooking, and spending time with her husband and their Goldendoodle, Wyatt. 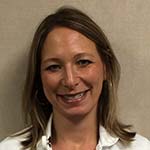 Mandy Walker Cebula completed her PharmD at the University of North Carolina. She then completed a PGY1 pharmacy residency at the University of Illinois in Chicago, IL. Following residency, she first worked as a Clinical Pharmacist in Medical Intensive Care. She has also worked as an operating room pharmacist and has practiced in Trauma ICU and Neuro ICU. She eventually became a Pharmacy Clinical Coordinator, overseeing the clinical duties of a pharmacy department with approximately sixty pharmacists. She is now a clinical pharmacist at Trident Health, where she focuses on critical care and general medicine. Mandy has a passion for teaching and enjoys teaching pharmacy students, residents and other disciplines. In her spare time she enjoys boating, cooking, spending time with her family, and working out. 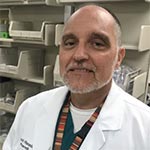 After graduation from the University of Pittsburgh in 1987, Don Hisnanick, PharmD, BCPS worked in Montefiore Hospital Pharmacy as a Staff Pharmacist until 1989. From 1989 to 1991 he worked in St Margaret’s Memorial Hospital as a Staff Pharmacist. He worked with Allan Shoughnessy, PharmD, as a data collector for a multicenter study involving Streptokinase vs TPA for acute MI. It was during this time that Dr. Shoughnessy encouraged him to pursue a PharmD degree from the Medical University of South Carolina where he had matriculated. After completing his PharmD and residency in Psychopharmacology in 1995, he worked in the MUSC Children’s Pharmacy until an opening became available as Pharmacy Director for Palmetto Low Country Behavioral Health. Because of a need to spend more time with family, he applied for a position at Trident Hospital as a decentralized pharmacist and chose to work on the Oncology Service, as he had previously worked on the Pediatric Oncology Service at the Medical University of South Carolina. He continues in this role today, covering chemotherapy infusion clinic. 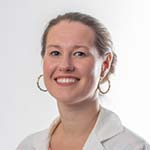 Dr. Mattmuller received her Doctor of Pharmacy degree from the Medical University of South Carolina in 2006 and completed ASHP accredited PGY1 and PGY2 Critical Care residencies at Shands at the University of Florida.

Following residency, Dr. Mattmuller was a clinical specialist in Critical Care and Cardiac Surgery at the Greenville Health System (GHS) from 2008 to November 2015. She was also a Pharmacy Supervisor for the Emergency Room and Operating Room Pharmacies. In her role at GHS, she assisted in the clinical and operation decision making for a variety of critically ill patients in the ICUs, ER, and OR, including expansion of ERAS, intrathecal pain pumps and other multimodal analgesic strategies. She also served as a preceptor for SCCP and Presbyterian College P4 students and PGY1 and PGY2 Critical Care residents.

In November 2015, she assumed the pharmacy operations manager position at Trident Medical Center, where she focuses on USP 797 compliance, inventory optimization and diversion monitoring. In her spare time she enjoys boating and spending time with her family 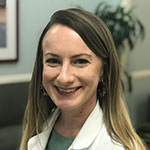 Avery Elizabeth Shawen, PharmD completed her Bachelor of Science at Clemson University in 2013 and her PharmD at the Medical University of South Carolina in 2017. She then completed her PGY1 pharmacy residency in June of 2018 as Trident’s very first pharmacy resident. Along with completion of her residency Avery also obtained her teaching certificate through the Academician Preparation Program through MUSC as well as her BCPS in December of 2018. She now works as a clinical pharmacist for Trident where she continues to foster her interests of mentoring pharmacy students and promoting the profession of pharmacy. In her spare time she enjoys cooking, crafting and spending time outdoors.

Jareb Stallbaumer, PharmD, BCPS graduated from the University of Kansas School of Pharmacy in 2013 with his Bachelor of Science in Pharmaceutical Studies as well as his PharmD. He then completed a PGY1 residency at the University of Kansas Hospital in Kansas City, Kansas. Following residency, he remained at the University of Kansas Hospital as an Internal Medicine Clinical Pharmacist for two years, before transitioning into a role as a Perioperative Services Clinical Pharmacist. Throughout his career at KU Jareb was involved in precepting both residents and students on rotations and research projects, and was also involved in several intra-departmental and inter-professional committees.

Dr. Stallbaumer joined Trident Medical Center as a Clinical Pharmacist in November of 2020. He is now transitioning into the Clinical Operations Specialist role which will allow him to contribute to the department through administrative functions and clinical service improvement as well as providing clinical coverage for all areas of the hospital. Dr. Stallbaumer’s primary areas of interest include Infectious Diseases, Critical Care, Perioperative Care, and Patient Safety. In his spare time he enjoys spending time with his family, working out, exploring the area, and watching his favorite sports teams.

Pamela Hourihan, PharmD graduated from The Medical University of South Carolina in 2009 with the Doctor of Pharmacy degree. She was a technician in the pharmacy at the first Publix in SC for 10 years before starting pharmacy school. She has worked in both the community and hospital settings during her career and is currently supervisor of the Medication Reconciliation program at Trident Medical Center. Pam also served as adjunct faculty for Trident Technical College, where she taught Medical Vocabulary. Pam has experience in different roles in the health system including in peri-operative services, clinical pharmacy, regulatory compliance and central operations. As supervisor of the Medication Reconciliation program she is able to integrate her love of patient interaction with her clinical practice. In her spare time, she loves to travel and spend time with her family.

Joe Kramer, PharmD, BCCP is a Clinical Pharmacy Manager at Trident Medical Center. He completed his PharmD from Purdue University College of Pharmacy and subsequently, completed both a PGY-1 Pharmacy Practice residency and a PGY-2 Critical Care Pharmacy residency at Indiana University Health. During his time as a critical care pharmacist at Baylor University Medical Center in Dallas, TX, Joe had the opportunity to precept and mentor a number of students and residents while maintaining a practice in the Neuro and Medical ICUs. In 2018, he took a step out of clinical practice to explore opportunities in the pharmaceutical industry. In these unique roles, Joe gathered new perspectives on drug research and development and had the opportunity to work on both Phase 3 and 4 research programs for neurology and rare disease indications. Now after returning to hospital medicine at Trident Medical Center, Joe is excited to pick up where he left off as a hospital care team member and to help create and maintain an excellent working environment for his colleagues and for future learners. Outside of work, Joe enjoys spending his time traveling, picking up new hobbies, and enjoying the great food of Charleston with his wife and dog.