In 2012, Trident Health’s South Carolina Institute for Robotic Surgery performed more surgeries than any other health system or hospital in the state of South Carolina. Our institute is equipped with three daVinci® Surgical Systems. The daVinci® robot allows our surgeons to operate in a more precise, less-invasive way.

Thanks to the daVinci® Surgical System, men undergoing a prostatectomy have the option of a minimally invasive surgical approach, which can reduce complications and promote faster recovery times. In addition, using the daVinci® robot may offer improved cancer control and a lower incidence of impotence or urinary incontinence.

Bridgette suffered from endometriosis, which is when cells from the lining of the uterus start to grow in other parts of the body. The condition caused her irregular bleeding and extreme pain, to the point that she was doubled over at the start of menstruation, as well as fertility problems.

After trying to conceive for nine years, she and her husband adopted twin baby boys in 2004, and, weeks after they arrived, they found out Bridgette was pregnant with their daughter. 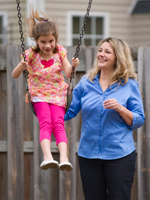 Bridgette had been putting off her hysterectomy due to her newfound lifestyle managing three children and helping out with the family business. In 2010, Bridgette learned from her gynecologist about Trident Health’s new alternative option: minimally invasive daVinci® hysterectomy.

Bridgette had her surgery on a Friday and, after checking out the next morning, she stopped for a doughnut and coffee on the way home with her husband. Because of shortened recovery times, many women who need to have a hysterectomy for critical reasons no longer have to put family or career on hold as a result. 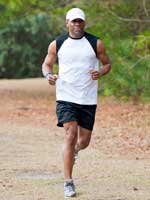 Tom chose robotic surgery over traditional surgery after research showed that robotic surgery requires a smaller incision and typically involves less pain, scarring and blood loss, while also promising a quicker recovery. That was important to Tom, whose active lifestyle includes drumming at his church and running – activities that might have been put on indefinite hold with traditional surgery. Three years after the surgery, Tom is still cancer free.

Retrieving location data...
Use my location
Or Use My Location
List Map